AB 2419 would invest 40 percent of federal climate and infrastructure funding to low-income, Indigenous, and rural communities and communities of color

Last year, President Biden signed the Justice40 Initiative executive order to begin the process of ensuring federal tax dollars are invested in the communities that lack access to safe infrastructure, such as lead-free water and clean public transit, and are on the frontline of the climate crisis. The success of Justice40 relies on state elected officials passing legislation — like California Justice40 — to ratify the commitment to protect all communities.

“Our communities have felt the harm caused by underinvested schools, environmental hazards, and economic inequity for decades. When President Biden announced the Justice 40 initiative, and Governor Newsom accepted the call, I knew the responsibility then fell on us in the legislature to craft the framework that will allow us to invest the resources we need in the communities that have been starving for them for far too long. That’s why I’m excited to introduce AB-2419, the California Justice 40 Act, to put our state on the path where every community can be sustainable and thriving,” said Assemblymember Isaac Bryan.

Over the next five years, California is slated to receive $45.5 billion from the federal Infrastructure Investment and Jobs Act, which President Biden signed into law in November 2021. This funding includes $29.5 billion to repair highways and bridges, $9.45 billion for public transportation, and $3.5 billion to improve clean drinking water infrastructure. California would also receive billions more in funding for critical clean energy investments in housing, transportation, energy, and agriculture in a federal economic investments package passed through the reconciliation process. If passed, California Justice40 would ensure that federal climate and infrastructure funding flows to communities who are hit the hardest by the climate crisis and who — due to decades of government negligence — have the greatest need for community investments.

“Decades of racist infrastructure policies have cemented inequities in housing, education, economic opportunity, health, and environmental pollution. Even today, more than 370,000 Californians don’t have access to clean drinking water, and low-income communities of color are disproportionately exposed to polluted air. California has an opportunity to lead the country in showing how to ensure federal climate and infrastructure funding actually creates good jobs and advances racial and economic justice,” says Zach Lou, Coalition Manager of the California Green New Deal Coalition. “Our communities cannot wait any longer. Now is the time for bold and transformative investments in the communities that need it most.”

“A long history of disinvestment and fossil fuel dominance in South LA has led to climate chaos, severe unemployment, and an undemocratic control of policies and resources. As California reaches its climate goals, we need to prioritize communities that are negatively impacted first and worst,” says Agustin Cabrera, Policy Director of SCOPE-LA. “California Justice40 is the necessary step in the right direction to reverse historical disinvestment by creating good jobs, clean air, and by including grassroots communities in the decision making process.”

Hi, this is my firts blog page. Thanks to all who read this! And have a nice day. 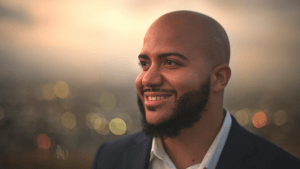